Since 2017’s blow-off top at $20,000, investors have been wondering when Bitcoin would be thrust into its next bout of parabolic growth. After all, crypto investors are used to rounds of rapid growth, then brutal drawdowns.

But, a key indicator is showing that the same trend that precursed Bitcoin’s rally from triple digits to $20,000 has appeared once again. 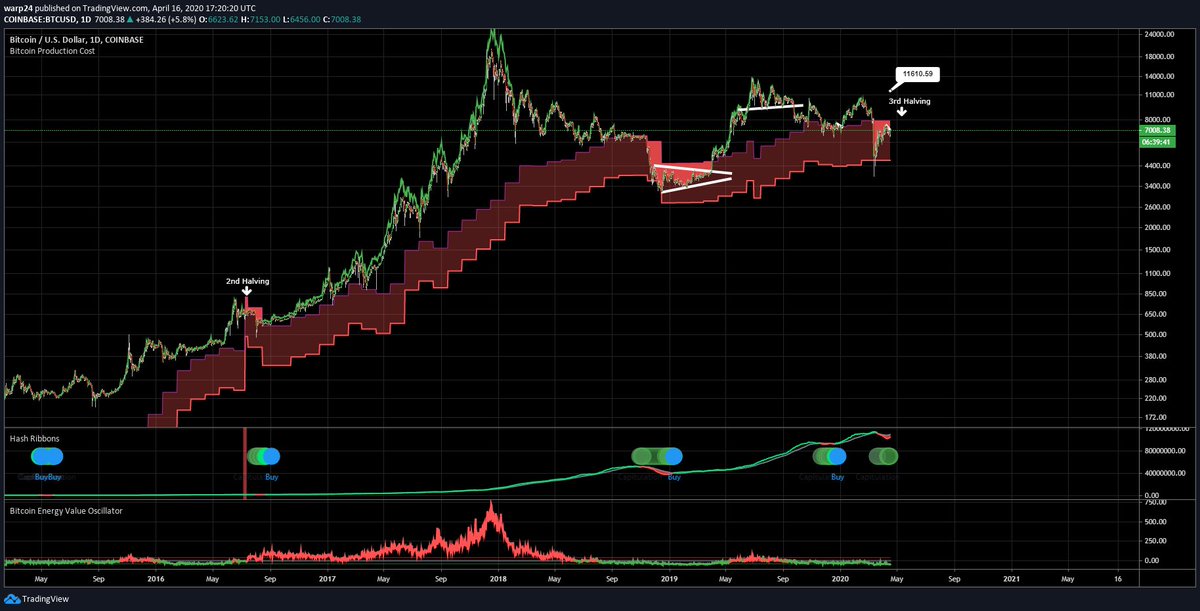 It’s important to note that this indicator is far from the only signal implying that another round of rapid growth for Bitcoin is on the horizon.

A trader with the moniker Theta Seek shared that according to his analysis, using data from Chainalysis, specific BTC miners have been “silently accumulating coins over the past six months.”

Theta expects this trend to continue, saying that they believe miners will “continue to do so until well after the halving,” which could result in prices rapidly surmounting the $20,000 all-time high “quickly this year from the supply shock.”

What’s crazy is that 2,700% could happen again, according to a popular model of Bitcoin’s price.

The model in question is the stock-to-flow model, an econometrics model that suggests Bitcoin’s value is primarily derived from its level of scarcity, defined by the inverse of its inflation rate. The model, which has been backtested to have an R squared value of 95 percent (extremely accurate), suggests Bitcoin will have a fair value of $55,000 to $100,000 after May’s block reward halving.

Per the creator of the model, an analyst named PlanB, BTC has historically overshot the fair value readings during full-blown bull markets, suggesting the same could happen again.

Notably, the past few days have seen many call the legitimacy of the model into question.

Hugo Nguyen, a crypto writer and a 2019 resident at Bitcoin development firm Chaincode Labs, recently explained that he thinks the model is  predicated on “2 pathetic data points,” referencing the fact that there have only been two prior halvings, and a “generous margin of error.”

He added that “anyone using the ridiculous S2F price model and consider flow to be effectively non-zero is just silly,” adding that halvings in the future will be “anticlimatic and increasingly a historical relic.”

I maybe over my head, but let me say this.

Bitcoiners who popularize S2F price model no longer evangelize Bitcoin based on its technical merits, but a lazy and irresponsible way to cause FOMO. That’s a cop-out. 1/ https://t.co/JWsHur08te