Latest News
Home /Breaking Down the Stablecoin Scene: A Chat with MakerDAO

The stablecoin space is more active now than it has ever been–in June of this year, a Binance report entitled The Evolution of Stablecoins found that stablecoins are rapidly tapping into the dominance of Bitcoin and Ethereum pairs, and have grown to represent 60 percent of traded volume. In June of last year, stablecoins represented just 35 percent of market volume.

As such, a growing number of companies are issuing stablecoins of all shapes and sizes, and for each and every purpose. CementDAO reported in April of this year that it had tracked at least 213 stablecoin projects that had been issued since 2014; 20 of them had been launched in the first quarter of 2019 alone. 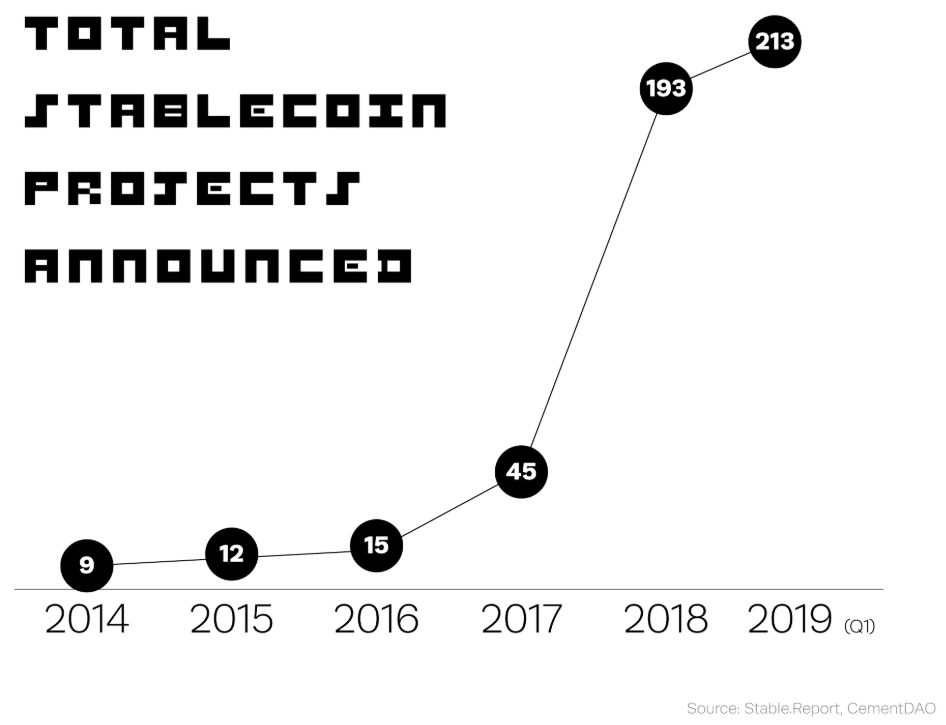 But is there room in the market for all of these new coins? Recently, Finance Magnates spoke to Gustav Arentoft, a business development representative for MakerDAO’s European initiatives, on the state of the stablecoin space and the different business models that drive the stablecoin industry forward.

Arentoft will also be appearing at the upcoming Ethereal summit in Tel Aviv on September 15th.

The MakerDAO foundation, which as founded by Rune Christensen in Santa Cruz, California, in 2014, is a non-profit organization that is responsible for the issuance of two cryptocurrencies: Maker (MKR) and DAI. MKR is the Ethereum-based governance tokens that provide voting rights to the borrowing system that is used to generate Dai, which is a decentralized stablecoins that is collateralized and printed based on approved requests for loans.

“MakerDAO is a project where we have taken the initial framework for what blockchain and Bitcoin was set out to do–be a completely decentralized, global way of sending money [with] peer-to-peer transfer, [and act as a] store of value–and then we have added stability to it.”

Arentoft explained that MakerDAO has “a permissionless lending protocol that allows people to ‘lock-up’ collateral and then basically ‘print’ DAI,” MakerDAO’s stablecoin. “So, every time DAI is issued, there is collateral locked up in a smart contract on the Ethereum blockchain.” Later this year, users will be able to collateralize DAI with other kinds of assets.”

“But that basically means that we have all these small positions from all over the world that are backing the protocol. We’ve issued almost 100,000 backing positions,” Arentoft said, adding that MakerDAO doesn’t have very many “consumer-facing products” besides the lending protocol. “So, we really just try to be the base finance and technology layer, and then on top of us, people build new services and business models.”

Arentoft mentioned that some of the most successful examples of these services and businesses including Compound and DIQX. “We have more than 220 partnerships,” he continued, explaining that “a partnership for us is a ‘finished integration’–a project, a platform, or something similar like that where DAI is actually functioning.”

“There’s space for as many tokens or stablecoins as people want to issue…whether or not they gain traction is a completely different thing.”

Arentoft believes that MakerDAO is currently the “biggest and most well-functioning decentralized stablecoin” in the world, as well as “the only one who has gained some real traction” with the partnerships it has formed.

However, he doesn’t see MakerDAO or any other single stablecoin as completing dominating the industry: “there’s space for as many tokens or stablecoins as people want to issue,” Arentoft said. “That’s something that we’ve seen also with regular currencies.” However, “whether or not they gain traction is a completely different thing.”

“Also, the centralized stablecoins–the counterparty to what we’re doing–they put money into an escrow bank account, and then they issue the same amount of money that they have in the bank account [onto the blockchain]–hopefully,” he added, referencing the revelation that Tether had (at times) had less money in its accounts than what it had issued onto its blockchain.

In any case, the fact that any stablecoin operates in this way–keeping fiat money in an account and issuing a corresponding amount of blockchain based tokens–”means that their business model is very much tied to the interest rate they can generate based on the [amount of] money they have locked in this escrow bank account.”

“So, they actually need to issue quite a lot of money to be able to receive the benefits,” Arentoft said. As such, many of these coins end up fulfilling the same purpose in the same way: “they have the same properties–maybe a different name. But in general, they don’t differentiate themselves a lot.”

“I think that’s also why we see a few very, very dominant centralized stablecoin players, while [the smaller ones] are having a harder time.”

Arentoft has said that this overcrowding of the market has caused some projects that started as stablecoins to have gone into various different directions: “it was impossible [for them] to get a lot of traction.”

”It’s very important to incentivize people to use your currency.”

The other thing is that MakerDAO is a non-profit foundation rather than a for-profit company. Therefore, “as a foundation, we actually don’t make any money.”

“This is another [area] where we can truly see what decentralized protocols can do against centralized ones. We take all of the money that comes through the lending protocol of ours and we give it back to the Maker (MKR) token holders.” MakerDAO is also planning the launch of the DAI savings rate, which will give interest to DAI token holders.

“We truly believe that it’s very important to incentivize people to use your currency. For a lot of people, it doesn’t really matter if you have one DAI or one Tether, unless maybe you believe [strongly] in decentralization.”

“But for example–if [an application] needs to base their whole foundation [on one of these networks],” Arentoft claimed that DAI would be the obvious choice. “DAI is a currency that’s completely separated from political and jurisdictional issues; it’s completely transparent. They know what’s going on with it at all times. That’s something that people want when they are building their future livelihood on, rather than having something that could be shut down due to regulation.”

Prediction for 2020: No more gaming tokens, all blockchain games adopt @MakerDAO‘s Dai. It’s trust-worthy, It’s easier to understand by non-crypto-savvy users ($1 = 1 Dai), and Maker will push it hard AF as the second most important vertical after DeFi.

“The world is very big.”

However, Arentoft doesn’t see DAI or any other single stablecoin ever totally dominating the market–”I think there will be space for a handful that will serve different purposes. We also see some of the other [somewhat] decentralized stablecoins focus on very specific markets. And the world is very big, right? If you become big in a few local markets, that’s something that’s completely cool.”

“We’ve seen, for example, Terra, which is a Korean stablecoin that focuses on e-commerce in southeast Asia and Korea. So, they found a specific use case and they work towards that…I definitely think that there could potentially be a lot of currencies potentially available, but they will end up serving different purposes.

This was an excerpt. To hear Finance Magnates’ full interview with Gustav Arentoft, please visit Soundcloud or Youtube.